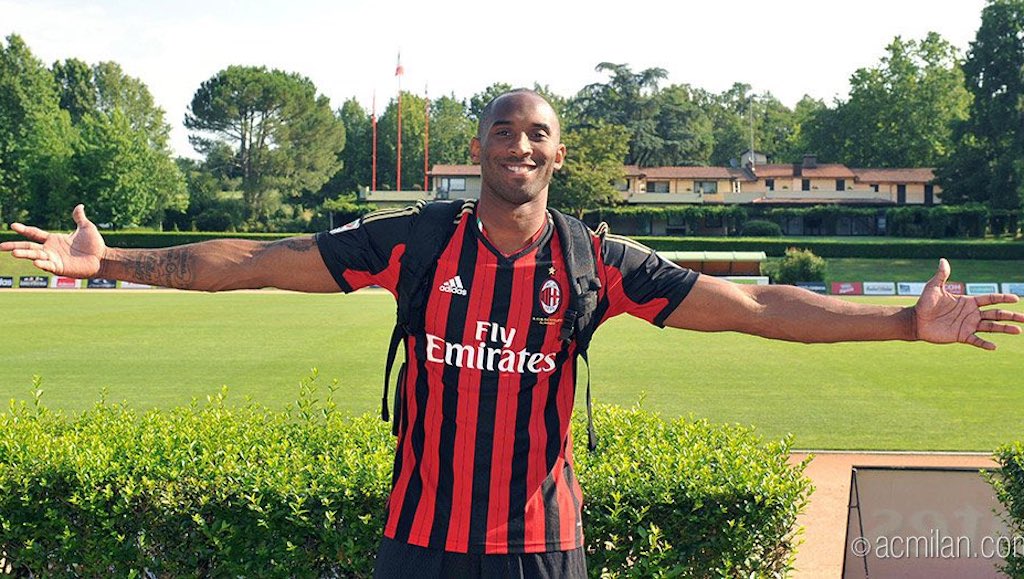 AC Milan players will wear black armbands and the match against Torino will start with a moment of silence for the basketball icon, Kobe Bryant!

Kobe Bryant has proclaimed himself as a huge AC Milan fan ever since he was a child and his father, Joe Bryant, was playing basketball professionally in Italy (Reggio Emilia), where Kobe admitted most of his fondest childhood memories came from.

During his visit to Milanello, AC Milan’s training center, Kobe stated that he fell in love with the Italian side as he was watching the team formed of Marco Van Basten, Ruud Gullit, Frank Rijkaard and fresh-faced Paolo Maldini.

Ahead of their quarter-final match-up against Torino at San Siro, AC Milan wanted to honor one of the greatest athletes and competitors of all-time, as well as a lifetime Rossonero, by a moment of silence prior to the match and its players wearing black armbands. However, Italian Football Association refused allowing the club to pay its respect at first.

Nonetheless, AC Milan has once showed class proclaiming that it would follow through the plan, even if this action will have financial consequences.

In the recent turn of events, Italian FA has allowed the club to pay their respect, due to media and fan pressure. Sempre Kobe!

Kobe Bryant on his love for AC Milan,